Cory's introduction to horses came at the age of 8 when a neighbor moved in next door. Cory became a "barn rat", learning everything she could about horses and riding. Cory now manages the staff and horses at Winding Creek, where she keeps her horses, Echo and Twix.

Megan is relatively new to the horse world, but she is excited to learn everything she can. Megan can usually be found at the barn caring for the horses. When she isn't caring for the horses, she teaches K-5 Exceptional Children's classes at Tryon Elementary School. She enjoys coffee, good books, and hanging out with chickens.

Christa's love of horses began at the age of three, when someone gave her a horse calendar. She began taking lessons at a local barn at the age of eleven and rode and competed in hunters until her Junior year of high school. At that time, she was given the opportunity to become a foreign exchange student. She spent a year in Argentina where she was able to further her riding ability. She even got to play some polo! When she returned to the states, she finished high school and began attending Clemson University, where she rode on the equestrian team. Following college, she rode when she could until she bought Cherokee and founded Winding Creek Stables a short time later. Christa has been the owner/operator of Winding Creek since January 2007. 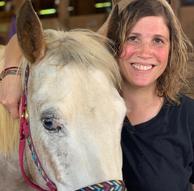 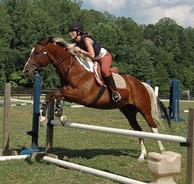 The Staff of Winding Creek Stables 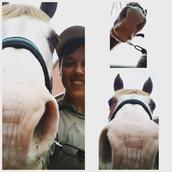